Images are taken from feet
away. We wipe everything
after each client. We wear
a mask and schedule such
that there are not too many
people in our office at one
time. We ask clients to arrive
5 or 10 minutes before your
appointment to keep us on
time and having minimum
contact with others.

Breast Screening
Reg. price $240
Now $217 for anyone who schedules an appointment on or before January 31st

Full Body Screening
Reg. $450, Now $385 for anyone who schedules an appointment on or before January 31st

What is Breast Thermography?

Breast thermography is a 15 minute, painless, no radiation, 100% non invasive imaging of physiology. It is a very valuable procedure that records temperature changes in the breast / body. Thermography is an excellent adjunct imaging tool for women of all ages and particularly useful for women who tend to have more dense breast tissue making Mammography less effective. Breast Thermography images the chest area up to the base of the neck and underneath the arms unlike mammography which only images the tissue that can be pressed between the two compression plates making it very ineffective for patients with small breasts. Thermography works for women with all size breasts and is 100% safe for breast implants because there is no compression, or radiation.

Our Albuquerque Breast Thermography Center offers detection and imaging of heat which is not possible with doctor examination, self examination or mammography alone.

Unlike other Thermography clinics, the camera we use at the Albuquerque Thermography Center images heat patterns and records over 80,000 temperatures in each image. One of the first symptoms of dysfunction is a change in tissue temperature. Thermography detects even the most subtle temperature changes. The temperatures in a healthy body are symmetrical. When thermography shows a temperature differential from right to left we will recommend that you consult with your health care professional for further evaluation.

We offer the most advanced breast Thermography imaging alternative in the Albuquerque area. We also perform Full Body Medical Thermography Imaging which is excellent for documenting unexplained pain associated with heat in any part of the body. Our Thermography camera is Class 1, FDA cleared medical device with a 510(k) clearance number K003332. Our reports are written by board certified Medical Doctors.

Find out the truth about “Medical” Thermography: 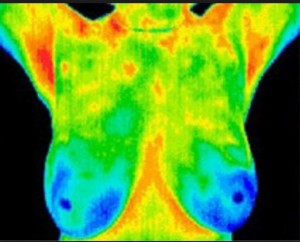 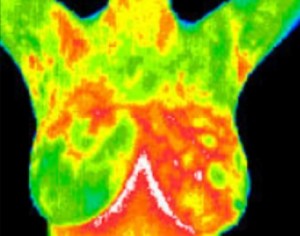 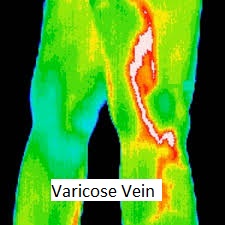 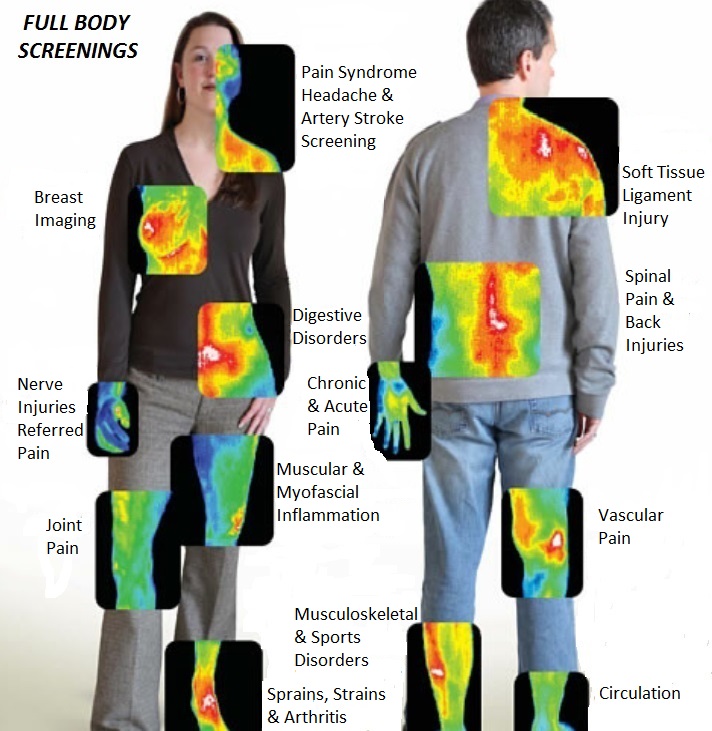 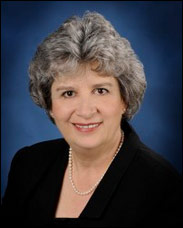 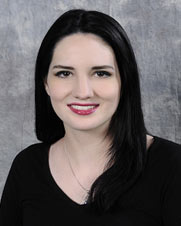 When you arrive in our office you will be given a gown to put on. Our Certified Clinical Thermographer will take your images. For the breast Thermography this will be 5 or 6 images; 25 to 30 images for a Full Body Medical Thermography appointment. The appointment length is about 20 minutes for a Breast Imaging and about 35 minutes for a Full Body Thermography Appointment. The thermographer will show you the images she recorded and explain some basics about thermography so you will better understand your report when you receive it. Once you leave our office, your images will be submitted to the interpreting Board Certified, M.D. The doctors report will be sent to us usually in 4 to 5 working days. Dr. Garcia will review your report and write a cover letter pointing out issues that require further evaluation or more attention. We will send you a copy of your report via U.S. Mail or Email. We will also mail a copy of your results to your Health Care Professional, if you choose. Please bring your doctors correct address to your appointment. We have found that more than 25 percent of the doctors addresses on the internet are inaccurate and this will result in your doctor not receiving your report in a timely fashion.

How is Digital Infrared Imaging different?

Mammography, ultrasound, and MRI depend on finding a physical tumor while Thermography detects the heat produced by increased blood flow to dysfunctional areas in the body. Tissue temperature change is one of the first things that occur in the disease process. Thermography is based on recording temperatures.

How to Do a Self Breast Exam

Thermography is Best for Large, Small or Dense Breasts

Normally dense breast tissue prevents accurate mammogram results. Mammography screens for increased tissue density and it is difficult to discern the difference between normally dense tissue and the dense tissue that develops with breast cancer. Thermography images heat patterns. Mammograms screen for increased tissue density which does not occur until much later in the disease process. Breast size or dense tissue do not affect thermography results. Thermography converts the heat emitted from the body into color images. This means that increased areas of heat are visible on an image and are usually an indication for inflammation. 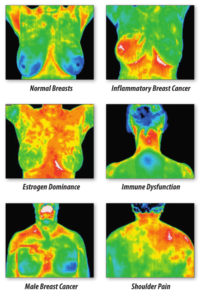 Thermography can image any area of the body but is most commonly used in breast imaging. Women are more familiar with x-rays or mammography for breast imaging. Mammograms compress each breast between two plates and x-ray photons are passed through the tissue to create an image. “X-ray photons carry enough energy to ionize atoms and disrupts molecular bonds. This makes it a type of ionizing radiation, and therefore harmful to living tissue.” http://en.wikipedia.org/wiki/X-ray

Mammograms and x-rays appear in gradations of white, gray and black. The images produced are depending on the density or x-ray absorption rate of the tissue. Dense tissue absorbs more radiation and appears white on an x-ray.

Soft tissue absorbs less radiation and appears gray on an x-ray. The cancerous areas on a mammograms usually appear white just as the dense areas do. This is the reason The American Cancer Society says mammograms are not the best imaging method for dense breast tissue.

Warmer temperatures appear as warmer colors (red, orange) on the image and are an indication of increased blood flow or inflammation. Increased blood flow can also precede tumor growth. Cancer recruits its own blood supply by growing new blood vessels, also known as angiogenesis, to feed itself. These newly grown blood vessels bring increased heat to the area. According to Life Extension Magazine, “Angiogenesis is a key factor that facilitates the growth of cancer and it is this biological feature of cancer on which thermography is based.

If you need to make an appointment for a Mammogram here are some reputable centers: